Another early start, I nipped into the green welly (i think it was) for a quick breakfast snack and coffee, i sat outside with my coffee and watched the village come to life before heading out and back onto the trail. 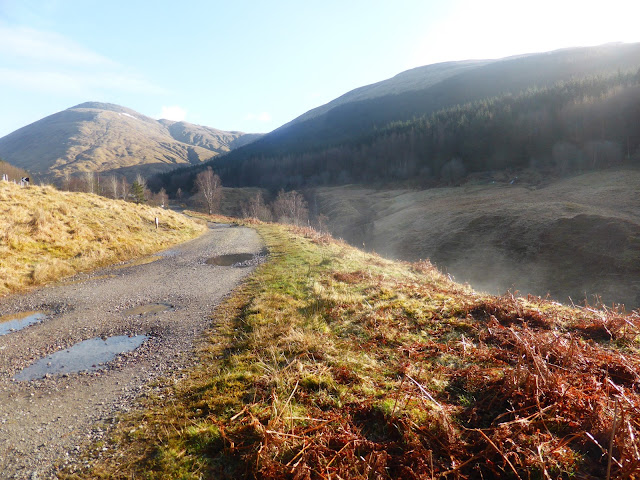 After climbing up and out of the village the day was looking like it might be a cracker, the sun was burning off last night's moisture and everywhere you looked there was steam rising. Most of todays walking would be on the old Military road 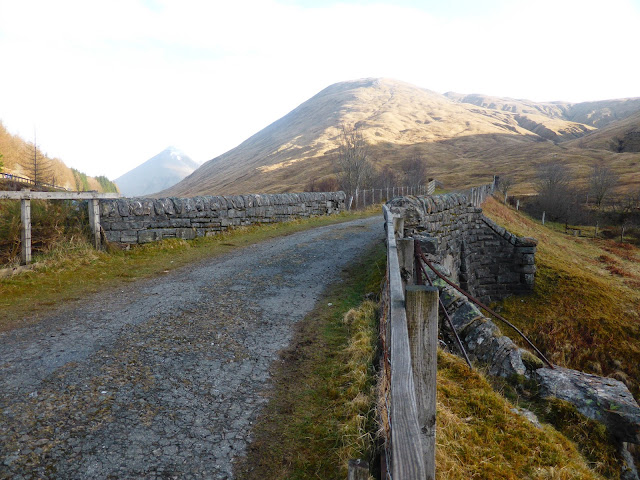 Beinn Odhar and Beinn Dorain in the distance  The railway line and the path stick pretty close together for the first 4 or 5 miles today. this is the first of a few crossings in the first 7 miles 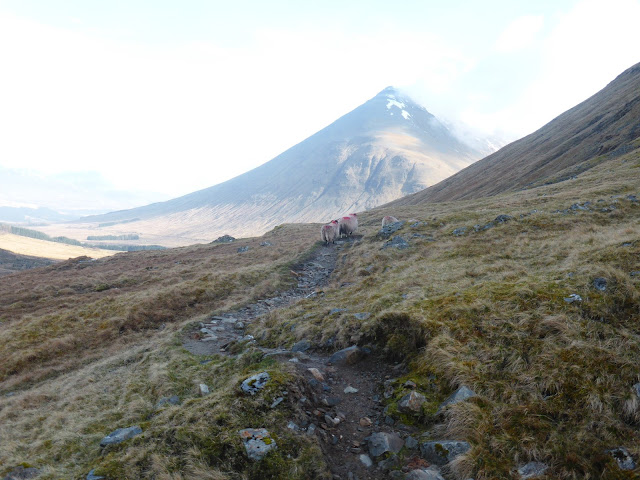 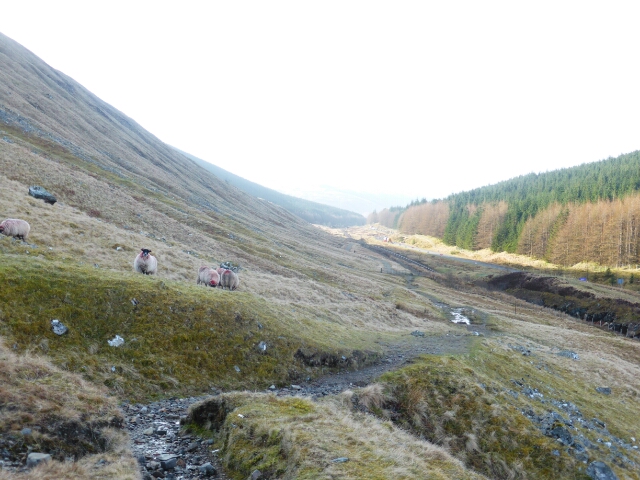 a look back towards Tyndrum, 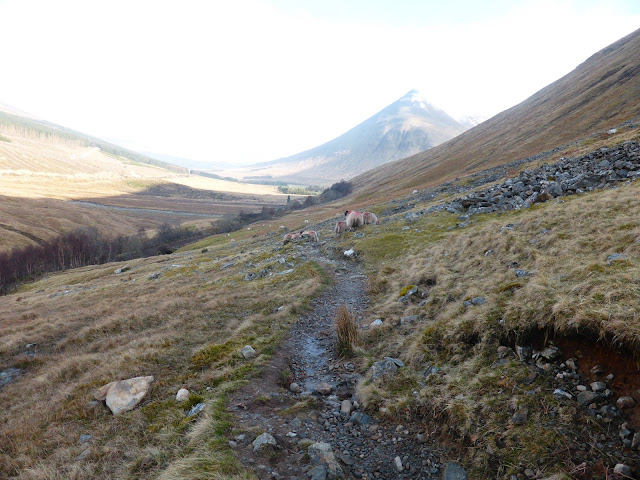 Beinn Dorain with the last remnants of snow, a lot of the hills still had a good covering on their eastern faces, this is a short section of maybe a mile where you leave the military road and contour the lower slopes of Beinn Odhar 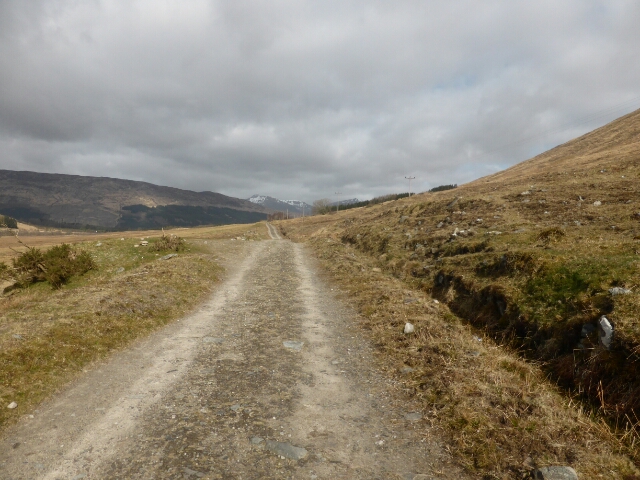 nice walking, everything today is straight 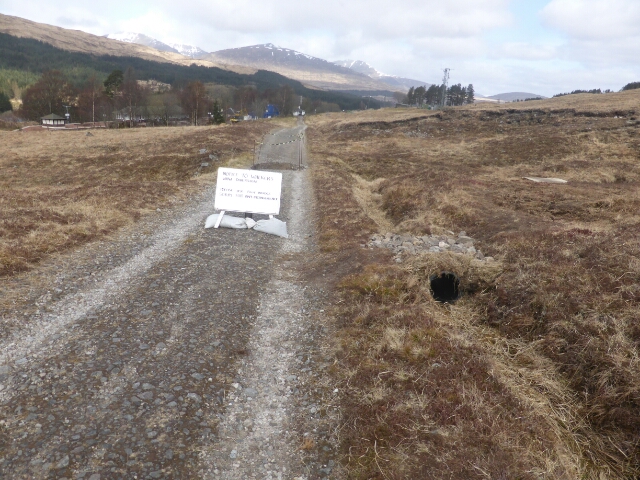 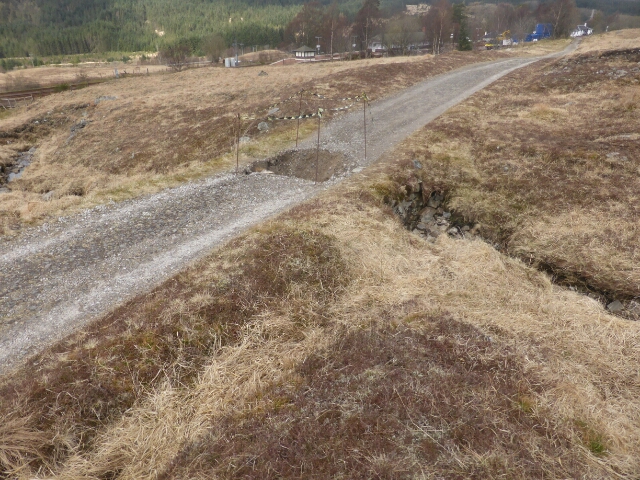 sink hole on the WHW, with bypass in place, bridge of Orchy in the background, where we pass under the railway and head off up hill 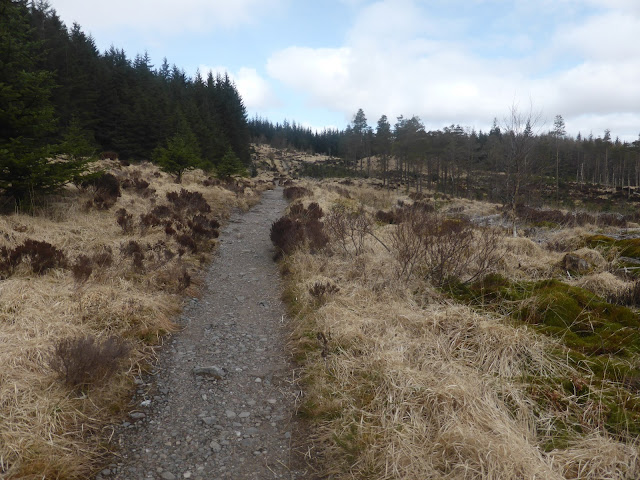 after Bridge of Orhy its time to climb again, quite a cheeky climb TBH, especially with a full bergan and 7 miles already under the boots. 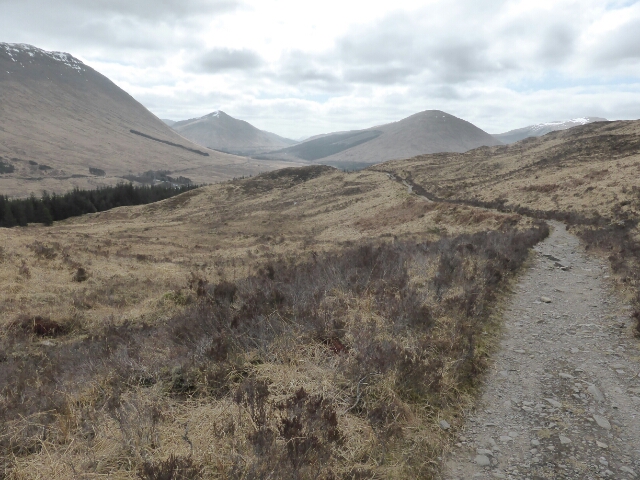 just about at the top of Mam Carraigh, its been a good climb, all the way from Bridge of Orchy 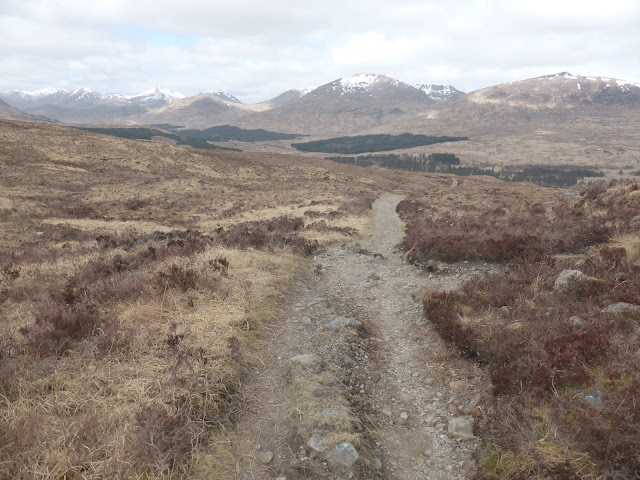 On top of Mam Carraigh, about to decend to the Inveroran Hotel 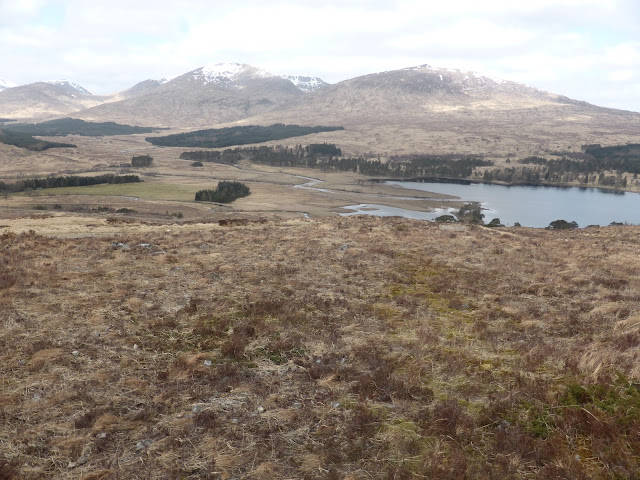 West end of Loch Tulla, the WHW runs above the lower tree line and climbs steadily (disappearing away to the right), before dropping over into Glen Coe 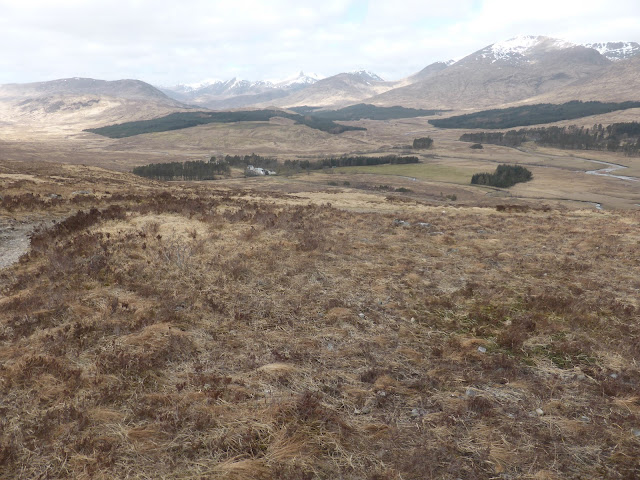 you can just make out the Inveroran Hotel, all downhill from here to the bar 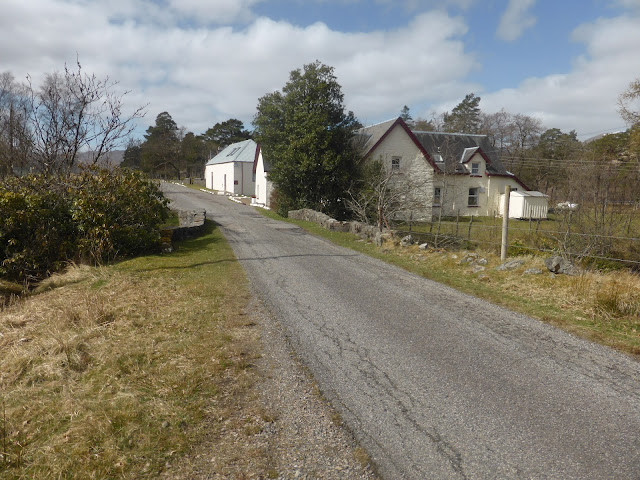 the hotel, roughly about 9 miles after leaving Tyndrum 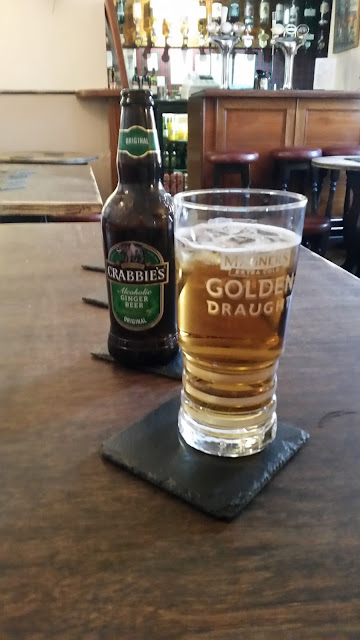 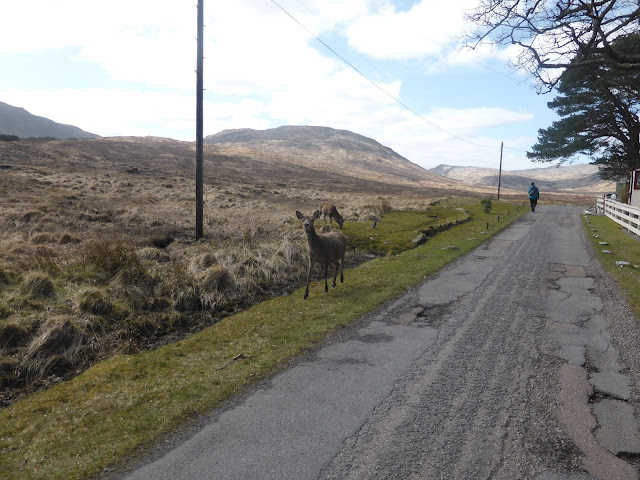 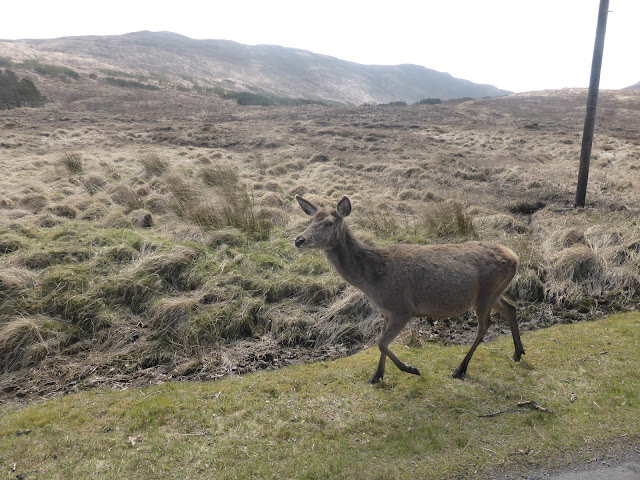 leaving the Inveroran Hotel, the hotel is famed for its semi tame Red Deer visitors, this one was hoping for a snack.

The walk follows the road (dead end)  for about half a mile, ending at Victoria bridge. 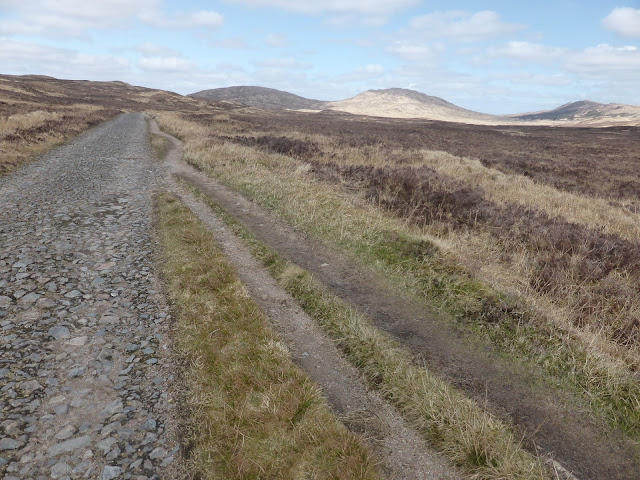 back on the military road and heading over what is possibly classed as the edge of Rannoch Moor, there's quite a long drag up hill from Victoria bridge, but when you reach the top its quite easy going, the cobbles can be an irritation underfoot, hence why there's a side path developing 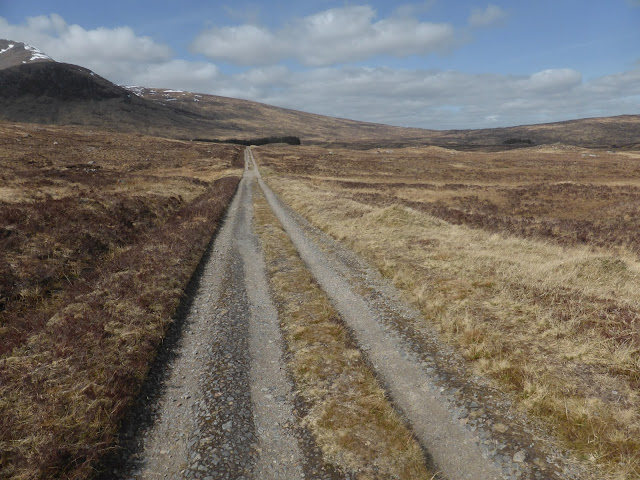 one of the down sides of hiking military roads, they're pretty straight, 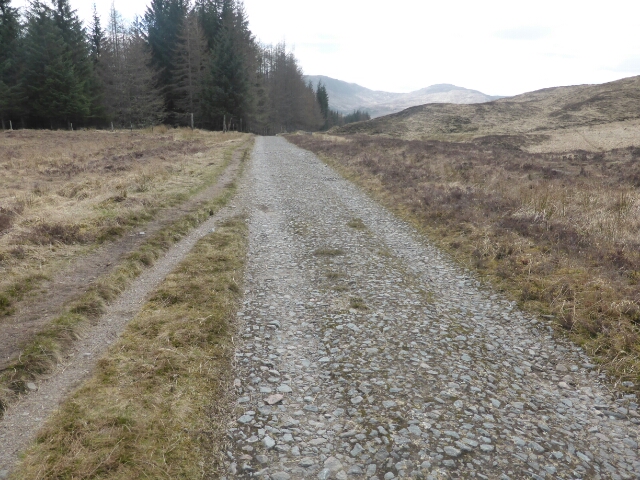 eventually though you reach something, anything will do to break up the long straights 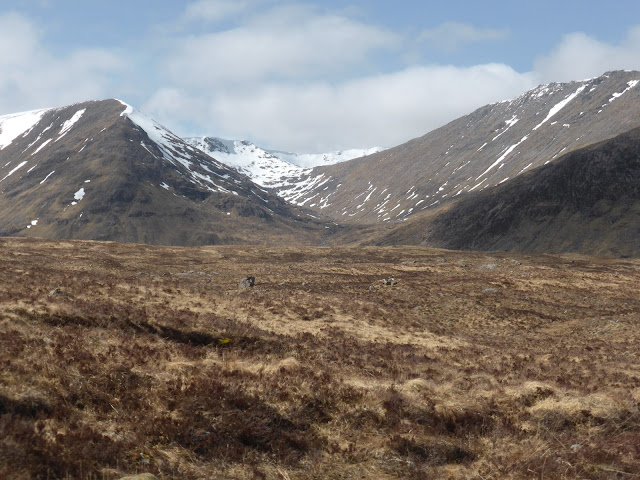 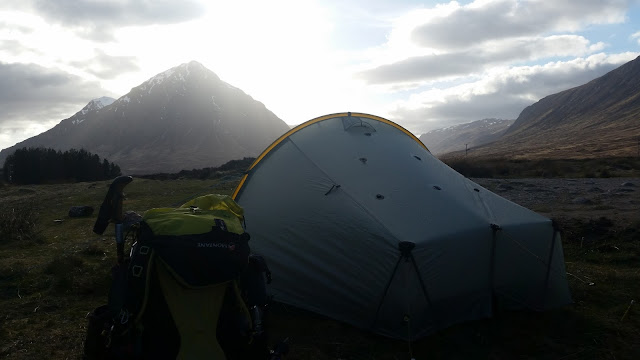 Eventually i reached the Kings house, i crossed the burn and found a decent pitch within walking distance of the hotel climbers bar, a long day but made better by a boil in the bag meal and a pint in the bar. View from tbe Scarp was pretty decent. 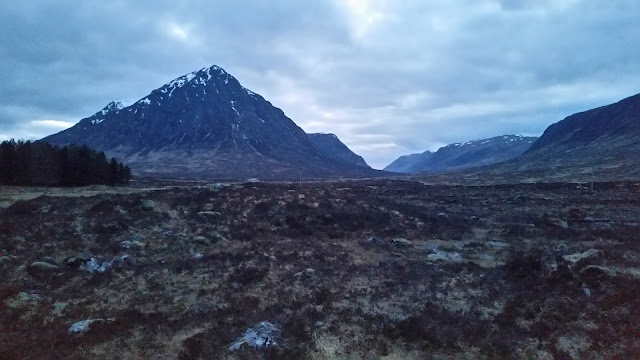 The end of an another long near 20 mile day, the best day of the walk so far, especially after you get past Bridge of Orchy, the sights open up, there's  barely a road of note (a couple of crossings only), looking forward to the next two days.

Believe this at your peril